Would you like to switch to the accessible version of this site?

Don't need the accessible version of this site?

All physicians maintain the highest levels of accreditation and pursue ongoing education to stay abreast of the latest trends in the medical field. Read on to learn more about our staff's experience and training. 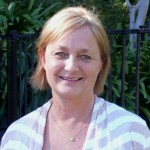 Born and raised on the east coast, Dr. Laura Bruckner moved to Los Angeles in 1979, with her husband, Dr. Irwin Bruckner, and they never looked back. After completing undergraduate studies together at the University of Pennsylvania and then graduating from NYU Medical School, Laura and Irwin did a three year pediatric residency at Children’s Hospital of Los Angeles. Laura went on to do one year of a fellowship in Pediatric Intensive Care, also at CHLA, before deciding on a career in general pediatrics. With 30 years of practice experience, she has keen diagnostic skills and sage clinical judgement. She loves watching and helping young families thrive. Having raised three amazing children, while living in Sherman Oaks since 1983, Dr. Laura has great insight into child rearing in the Valley, especially for those who love sports, academics and all things social. She especially loves to share her knowledge with young families just starting out. 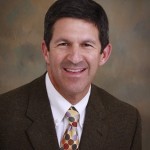 Dr. Krasnoff is a Board Certified Pediatrician, practicing in Encino since 1985. He grew up in the San Fernando Valley, attending El Camino Real High School. He was a Biology major at Stanford University and studied medicine at U.S.C.. He did his Pediatric Residency at Children’s Hospital of Los Angeles, followed by a fellowship in Adolescent Medicine, also at C.H.L.A.. He was one of the three founding doctors of this practice in 1987, which has since grown to eight Pediatricians and a staff of over 20 dedicated and wonderful nurses, front office and business personnel. He is a diplomat of the American Board of Pediatrics and a fellow of the American Academy of Pediatrics. He believes that one of his main jobs as a Pediatrician is to educate his patients and their parents about both health and disease and, also, raising happy children. He encourages questions and dialogue. He is married over 35 years and has raised two wonderful young men, now in their 20’s and 30’s. He sees patients from the day of birth through the age of 24. He feels blessed with his life and his career and plans to continue in practice for many years to come. 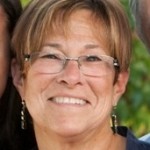 Dr. Lederer is a board certified pediatrician and Fellow of the American Academy of Pediatrics. She earned her Bachelor of Science degree from George Washington University and her Medical Degree from George Washington Medical School. She completed her pediatric internship and residency at Children’s Hospital Los Angeles. Dr. Lederer has spent time in a number of different medical environments including the West Indies, an Indian Reservation and the mountains of Nepal. She has been in private practice in the San Fernando Valley for 30 years. From a variety of experiences Dr. Lederer believes that raising healthy and well adjusted children is a partnership between the parents and the physician. Each family is unique and has individual hopes and concerns. Dr. Lederer feels open communication and an easy exchange of thoughts and information are important components of the doctor-patient relationship. Dr. Lederer has been married to her husband Stephen for 31 years. They have a daughter, Kate, who has a degree in early child development and a MA in Marriage and Family Therapy. In her spare time, Dr. Lederer, is involved in the world of animal rescue. 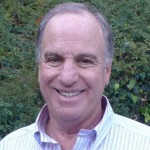 Dr. Irwin Bruckner is a board-certified pediatrician, dedicated to providing high quality medical care to children of all ages from birth through the early twenties. He enjoys working with families helping with all aspects of raising children, and especially loves observing development from infants learning to smile and roll over to toddlers beginning to walk and talk to children finding their way through school and other youth activities to adolescents dealing with all the pressures and difficulties of transitioning into adulthood. He believes that forming personal relationships makes being a pediatrician the best job in the world. He grew up in New York and attended the University of Pennsylvania for undergraduate studies. There he met his wife, Dr. Laura Bruckner, and together they both went on to receive their M.D.’s at NYU School of Medicine, as well as completing their pediatric residency training at Children’s Hospital of Los Angeles. They have both enjoyed being in practice in the valley for more than 25 years, while raising their three children, Daniel, Emily and Julia, each of whom is following in their parents’ footsteps to careers in medicine. Dr. Irwin Bruckner is not only extremely proud of his wonderful family, but also his long term medical associates and staff who all work together to deliver such excellent pediatric care. 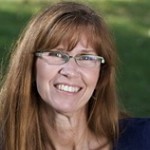 Dr. Marshall is a board-certified pediatrician and Fellow of the American Academy of Pediatrics. She cares for children from birth through their early twenties and enjoys helping parents through all stages of development. She attended the University of California Irvine where she earned dual degrees in biology and psychology. She then earned her medical degree from Chicago Medical School. She completed her internship and residency at Children’s Hospital Los Angeles. Dr. Marshall has been practicing medicine for 20 years. She is happily married to her husband Kevin and has 3 daughters: Ashley, Sabrina, and Hannah. For more information you can visit Dr. Marshall’s personal website at www.drcatherinemarshall.com

Dr. Sevran is a board-certified pediatrician and Fellow of the American Academy of Pediatrics. She is also a two term past President of the Los Angeles Pediatric Society. She was born on the east coast but has been a resident of the San Fernando Valley since she was 2 years old. She decided she was going to be a doctor at the age of 6 and followed her dreams. Dr. Sevran was Valedictorian of El Camino Real High School in Woodland Hills; graduated Cum Laude with Honors in her major from Yale University; and received her Medical degree from Albert Einstein College of Medicine in New York. She completed her internship and residency in Pediatrics at The Mattel Children’s Hospital at UCLA. Dr. Sevran has been in private practice for over 10 years. She treats patients from the day of their birth through 26 years of age. She believes in fostering a relationship with the entire family. She feels that part of being a good pediatrician is guiding families through every aspect of their child’s growth and development – both physically and emotionally. She has a son and a daughter whom she says have given her the greatest joy and the greatest learning experiences. 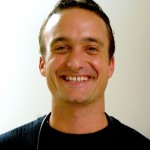 Dr. Daniel Bruckner is a board certified Pediatrician who specializes in the general health of children and adolescents. As a graduate of the Baccalaureate/MD program at the University of Southern California, Daniel received his Bachelors in Biological Sciences and his Medical Degree. He then spent three years at Children’s Hospital Los Angeles as a pediatric resident, where he was a proud recipient of the Associates and Affiliates Award, as well as the Chief Residents Award. Daniel has currently been a pediatrician for eight years. He is currently the Vice Chair of Pediatrics at Providence Tarzana Hospital. Lastly, Daniel Bruckner volunteers his time hosting high school students as part of the Eve and Gene Black Summer Intern Program for the Los Angeles Pediatrics Society. 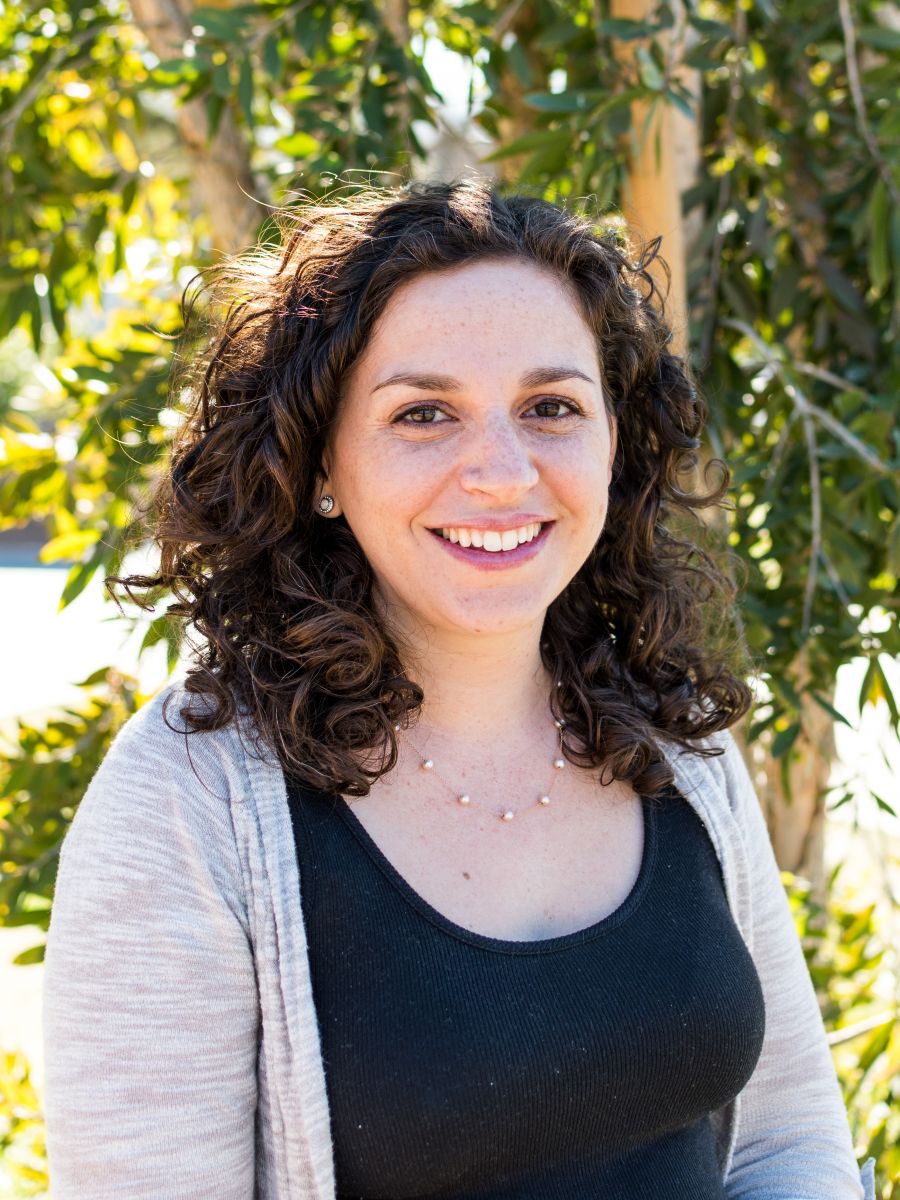 Dr. Miriam Chan is a Los Angeles local who is excited to be practicing in her hometown in the San Fernando Valley. She attended UC San Diego where she received her Bachelors in General Biology with a Minor in English Literature. She earned her Medical Degree through the University of Southern California’s Keck School of Medicine and completed her pediatric residency at Children’s Hospital Los Angeles. As a general pediatrician, she is passionate about forming strong and lasting relationships with her patients as well as their families and enjoys being a part of their journey from birth through young adulthood. Dr. Chan is happily married to her high school sweetheart, Henry, and is a proud mother to her wonderful sons, Harrison and Max.

Dr. Julia Bruckner, the youngest member of a family of pediatricians, is the newest physician to join the practice.  She earned her undergraduate degree in Psychology at the University of California at Berkeley.  She went on to receive her medical degree at Western University of Health Sciences, followed by her internship and residency at Kaiser Permanente on Sunset in Los Angeles.   Dr. Bruckner grew up playing high level soccer and tennis and relates to athletes of all types. She loves children and developing relationships with families.  She enjoys both the science and the art of medicine. She has a passion for traveling and most recently worked in a pediatric hospital in Cape Town, South Africa, discovering a new appreciation for international medicine.  She is very excited to be part of Balboa Pediatrics.

Ofir (“Dr. O”) was born in New York City and moved to Los Angeles at the age of 6. Inspired by her San Fernando pediatrician, she has wanted to be a pediatrician for a long as she can remember. Ofir earned her undergraduate degrees in Psychology and in Public Health from The University of California, Berkeley. She went on to obtain a Master of Science degree from the University of Southern California, and then received her Medical Degree from The Ohio State University College of Medicine. Ofir completed her pediatric residency training at Children’s Hospital Los Angeles (CHLA), after which she was given the honor to serve an additional year as Chief Resident. She is a board-certified Pediatrician and Fellow of the American Academy of Pediatrics. In addition, as a Certified Lactation Counselor, she has training in lactation and breastfeeding medicine. Ofir was an Assistant Professor at USC and practiced as a General Pediatrician at CHLA prior to joining our office. Happily married to her college sweetheart, Derek, Ofir is a proud mom of 2 children from whom she learns every day. She is thrilled to now have her own practice in the community where she was raised, and enjoys building trusting and lasting relationships with patients and their families.